Is a Payday Loan a Friend or Foe?

Touted by proponents and denounced by critics, payday loans are going through an identity crisis of sorts. Are they evil or helpful? Do they feed financial irresponsibility or do they provide valuable options in a tough economy? With all of the controversy, it’s hard to decide what’s true.

The current confusion on the issue is reflected in the radically dissimilar payday loan laws enacted by different U.S. states. Every state has its own unique payday loan regulations. Twenty-seven states allow payday loans, nine allow them with specific limitations, and fourteen have made them illegal.[1] Georgia has even made them a felony. Why do payday loans inspire such diverse responses?

A payday loan (also called a cash advance or check loan) gives borrowers quick access to money that they agree to pay back upon receiving their next paycheck. Unlike car loans and mortgages, payday loans involve small amounts of money lent at high interest rates, and they are meant to be repaid very quickly. This scenario creates a win-win for lenders and borrowers. Problems occur, however, when borrowers cannot repay their loans on time. Then additional fees accumulate on top of the unpaid balance, leading to debt snowballs if more loans are taken out to cover the original loan and fees.

Like credit cards and bank loans, payday loans are advantageous under a certain set of circumstances. They are not the best solution to every problem, and like everything else, they have their drawbacks. Let’s take a closer look at the pros and cons of payday loans to determine how to use this financial tool to your benefit.

Here are the advantages to payday loans:

1. In the words of the Community Financial Services Association of America, “Short-term credit products are an important financial tool for individuals who need funds to pay for an unexpected expense or manage a shortfall between paychecks.”

2. Payday loans deliver money quickly. The loan approval process is much faster than it is for other types of loans. Money can be deposited instantly into your checking account once the loan is approved.

3. Payday loans often don’t require much of a credit check, so they are a good loan option for people with bad credit or other financial problems which make getting a traditional loan difficult.

4. Payday loans are flexible. You can borrow only the amount you need right when you need it. This makes them a good option for people who don’t have access to a credit card.

5. Payday loans allow you to handle financial problems without the embarrassment of asking for help from friends and family members.

6. Payday loan fees are often lower than overdraft fees. If you write a $200 check to cover an emergency car repair and don’t have the funds available in your checking account, you will be charged about $40 in bank fees. If you get a payday loan for the $200, you may only owe about $30 in finance charges, on the average.

Payday loans work well in situations when you can’t qualify for another type of loan or when you need a relatively small amount of money quickly for an emergency situation. In order to avoid the problems associated with these loans, you should borrow only the amount you need and pay it off as soon as possible.

The cons of payday loans are also worth considering.

1. Payday loans have a short repayment period compared to other loans. About 41% of borrowers can’t, or choose not to, pay back their loan within the allotted time. [2] In these cases, lenders usually offer the borrower a renewal or rollover, which imposes fees for delaying repayment without reducing the amount owed. This makes paying back the loan even more difficult.

2. Payday loans are an expensive form of credit. The Consumer Financial Protection Bureau says the fixed finance charges that accompany a payday loan are usually between $10-$30 per $100 dollars borrowed. [3] Since payday loans are paid back quickly, they have a high APR (annual percentage rate). According to Consumerist.com, the average APR on a payday loan is 339%. [4]

3. Payday loans require that you give a third party your personal information, including checking account information and social security number. Applying for payday loans online increases the risks associated with giving out your information, but is faster and more convenient than going to a storefront location.

Payday loans aren’t your best choice if you know you won’t have the money to repay them by the time you get your next paycheck. It’s important to do your homework and select a reputable payday loan company. Stay away from loans with outrageous APRs and fees. Know your state’s law regarding payday loans. If a company isn’t adhering to these laws, they won’t hesitate to illegally harass you if you have problems repaying them.

Despite the controversy surrounding payday loans, people are using them quite regularly. According to a Pew Charitable Trust report from 2012, 12 million borrowers spend more than $7 billion on payday loans each year. [5] Clearly, there is market-driven need for this type of loan product. Problems with their use must be dealt with so that consumers can maintain this credit option.

While the government can’t prevent the misuse of payday loans, current legislation has taken positive steps toward making payday loans more user-friendly and less dangerous. Colorado enacted a law in 2010 that required lenders to offer borrowers affordable installment plans instead of renewals when they couldn’t repay their loans on time. Data released in 2013 by the Colorado Attorney General's Office showed that this law led to fewer defaults and cheaper payday loans. [6]

Time will eventually calm the payday loan controversy. People were also leery of credit cards when they were first introduced, but they eventually became a useful and stable part of the spending economy. In the same way, payday loans will take their place as a respected and valuable loan option as consumers learn to use them more responsibly.

In this author’s opinion, although people try to label payday loans as “good” or “bad”, the truth is that they are simply a tool. Consider an ordinary hammer. With it, you can either sink a nail or hit your thumb. Whether you accomplish something valuable or cause yourself pain depends on how well you use it. 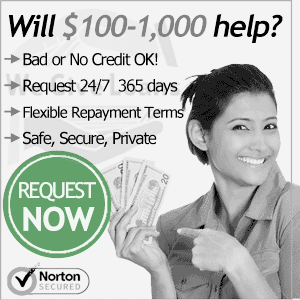 
Online approval to $1,000
For bad and no credit
Suggested Credit Score: N/A
Funds in 1-24 business hours
Flexible terms of 4 to 90 Days
APRs will Vary


Online approval up to $5,000
For bad and so-so credit
Credit Score: Less than 680
Funds as-soon-as the Next Business Day
Flexible terms 3 to 36 months
APRs Vary by Loan Source